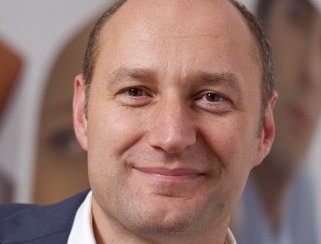 In this week’s edition of How I Invest, I interviewed Robert Jan van der Steur (RJ). He’s co-founder of Startcapital Partners  – a special sort of early-stage VC fund in The Netherlands.

RJ talks about the human side of investing and the strategy that’s entirely focused on early-stage investments in Dutch companies.

Hi RJ, can you tell us a little bit about yourself?

I studied business administration in Rotterdam and Copenhagen. Started my career at IBM, where I did pretty well. After that, I wanted to be an entrepreneur, but I didn’t have the guts to start from scratch, so I joined a scaleup in eProcurement solutions.

My buy-in formula worked and I started to do it more often. I became good at helping and running several young companies at the same time.

I’ve met my business partner Randal Meijer at our kids’ schoolyard. He was a former CEO of a public company and he started to invest in start-up companies as an Angel investor. We clicked. We both wanted to help people, to make a real impact together. We started H2H Business Participations to invest in startups. H2H stands for Human to Human.

Just like in StartCapital Partners we always took a minority stake and got to work with it, making it better. This is still how we work today.

“You must not want to sell – you must want to be bought!”

How did Startcapital Partners start?

Four years ago, by enabling three angel investors to work together.

Our other business partner is Jacco Kokkedee. We know each other from participation we did with H2H – Jacco participated as an Angel investor. We envied his strong interpersonal skills from the start! Jacco is that sort of person who starts thinking big when everyone else has already given up three times. And at H2H we were missing the technical component in the mix, which he had.

We became pretty well-known when an “app builder” company that we invested in went through the roof, about 6 years ago. Since that moment everyone instantly saw us as “the experts” but we knew there was a large portion of luck involved… Anyway, people thought we could see the future! From there, the Dutch ministry of economic affairs (EZK) came along to see if we wanted to join their Seed Capital Program. We decided to give it a go, asked Jacco to join and this is how Startcapital Partners became a reality.

How is Startcapital Partners different from other VCs?

Firstly, we invest our own money! Half of our fund is our own money. Therefore we can make our own decisions and make them quick. All three of us are equal, so one can still veto. For example, if Jacco vetoes (which sometimes happens) then Randal and I can still participate via H2H.

Secondly, we are our analysts. Fundsup and RVO are our sources for quality deal flow.

Thirdly, we try not to be “stubborn investors”. Meaning that we try not to force our strong opinions disguised as “advice” onto founding teams we’ve invested in. It can be difficult for self-made angel investors to be open to new things that evolved beyond “the way I did it was the right way to do it because I succeeded back in my days”. Sometimes It’s also an ego thing, which we also fight with, haha.

Fourthly, we always take a minority stake, as it’s all about the founding team.

How much did you invest in 2019?  Average ticket size?

In 2019, we’ve invested €400K ourselves, plus RVO doubled that. This total amount was invested in 3 new startups. All investments are listed on our website – we’re transparent about that.

How many deals do you see?

We see about 120 possible deals a year. They come in through all kinds of channels – a lot comes in via RVO and Fundsup Premium.

I am passionate about creating Dutch economic heritage. I do this by investing my time, knowledge and network in building beautiful companies.

Everyone knows Heineken, Douwe Egberts and Philips, but where are the new innovators? As soon as companies grow up, they are often sold to larger entities which are a pity. I hope that my grandchildren will be able to say that their grandfather helped to build the new Philips and Heinekens of the world.

Can you name 3 of your investments and explain your story with them?

When we participated in Bilder & De Clercq, their marketing was already top-notch but under the hood, a lot still had to be done. We financed the re-start since Randel and I wanted to continue with the brick and mortar approach. Eventually, we sold the store to STACH as we saw that honest food was starting to sell more and more online. We bought Mathijs Maaltijdbox and introduced it via Bilder & De Clercq as “De Familiebox”. It has been a huge rollercoaster but now it runs like crazy.

DeedMob was a true impact investment. The company created software that stimulates social impact. We didn’t understand anything from the first presentation… but the team graduated from Oxford – so we kept talking and we quickly became enthusiastic about their knowledge. DeedMob delivers software for charities, companies and individuals, connects volunteers to projects and does events. They make a real impact!

During Covid19 they launched multiple volunteer-based projects to help corona victims. Now the company stands strong, went international and has a fantastic MRR. Finding the correct business model was a quest. They certainly went through the valley of death, but the team picks things up and fights.

WebinarGeek was our second participation in StartCapitalPartners (the first one, Yubu, was successfully sold). The company offers state of the art Web RTC (real-time connection) webinar software without delay. Tech first. Started from the technical heart. Then came a large insurance company, international roll-out and their sales are going through the roof. Now they are preparing their American launch.

“When we invest we always say thank you to the founders for letting us join.“

What can other early-stage funds learn from you?

Firstly, as an investor, you should never underestimate the person in front of you. When we invest we always say thank you to the founders for letting us join.

Secondly, just relax! If you’re convinced about the founding team, just put a dot on the horizon. Keep your project plan with milestones but be open to change. Let the entrepreneurs go ahead within jointly set boundaries. I often see a contraction among investors. Too often they sit in the entrepreneur’s chair. Too quickly and too often investors develop a desperate attitude to “replace” the team.

Thirdly, we don’t focus on an exit. It’s not important at the stage we invest. Focus on creating a good company: one that runs well looks good and therefore stands out. Others are going to see this and will want to work with you because they will realize it’s a cool company! If this is the case, then the exit will come along automatically. You must not want to sell – you must want to be bought! Then you also make a (much) better ROI.

What’s been your biggest screw-up?

One very early-stage company we’ve invested in an App builder. It built up a fantastic MRR within one year and therefore we all thought this company would be a success. However, its business model was simply wrong and we also hadn’t noticed that in time. Too much revenue went to Apple and Google. Eventually, it didn’t work out. I had a mental hangover from this since I hadn’t seen it myself… Big learning.

Another big learning was that in the beginning, we – as investors – transferred the money we’d invest all at once instead of agreeing on clear milestones. If you hand out these sums of cash to people who are not used to having a lot of money, things go wrong … we found out very quickly and adjusted our approach 😉

What’s your biggest success so far?

Almost all the companies we’ve participated in are still around, which is proving our investment selections expertise. We contributed with knowledge, network and a bit of money, but the entrepreneurs did it themselves. And we have been doing this since 2012!

What are you looking to invest in next?

Firstly, the idea should appeal to us. Secondly, we’ll look at the founders and start a dialogue over the phone or in person. We always look at people with passion ánd stamina. You don’t get this out of the first conversation. We need to know when things become difficult and how they resolve them. We also look if the technical knowledge is in-house if it’s following a current trend and if it’s disruptive enough. Last but not least, we look for real impact meaning the company doing something good for the people or the environment. Companies and teams that check all these boxes are the easiest to remember.

What would you bring to a startup?

We always say: “Just prepare your wishlist and we’ll get to work”. It mostly comes down to making the right introductions at the right time. The great thing about being an investor (who invests his own money) is that almost all doors open if you ask for an introduction. We do that a lot, but there’s a lot of other things on these lists as well.

Fundsup is the early-stage matchmaking platform for investors and startup founders. It accelerates sustainable innovation by fostering powerful connections.

Back to the news

Any cookies that may not be particularly necessary for the website to function and is used specifically to collect user personal data via analytics, ads, other embedded contents are termed as non-necessary cookies. It is mandatory to procure user consent prior to running these cookies on your website.